Showing posts from 2014
Show all

Celebrating 10,000 Bi-Fold Doors Manufactured by Origin , Michelle Sugar Art has created an edible house out of sponge cakes featuring bi-fold doors which can be opened! Front facade of the house
Post a Comment
Read more 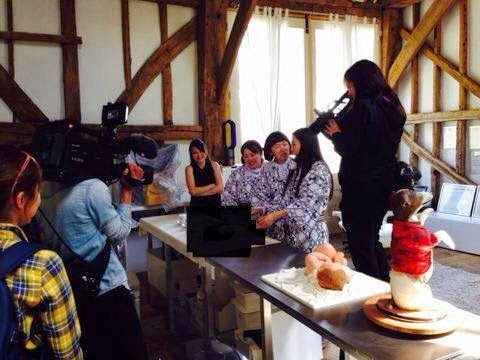 Back in June 2014, Nippon TV visited Michelle Sugar Art studio and meet with Michelle Wibowo for ITTEQ tv show! It's about A group of Japanese actresses called Morisanchu travel around the world to report their incredible and astonishing adventures and experiences.
Post a Comment
Read more 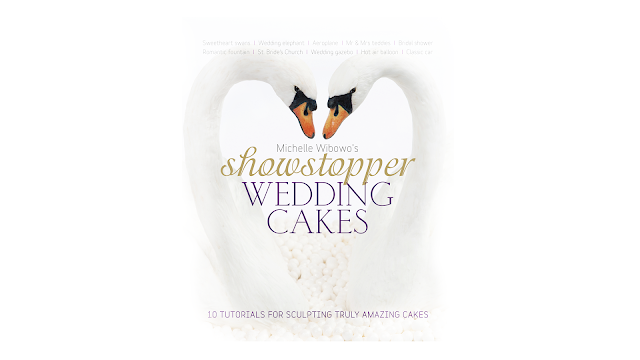 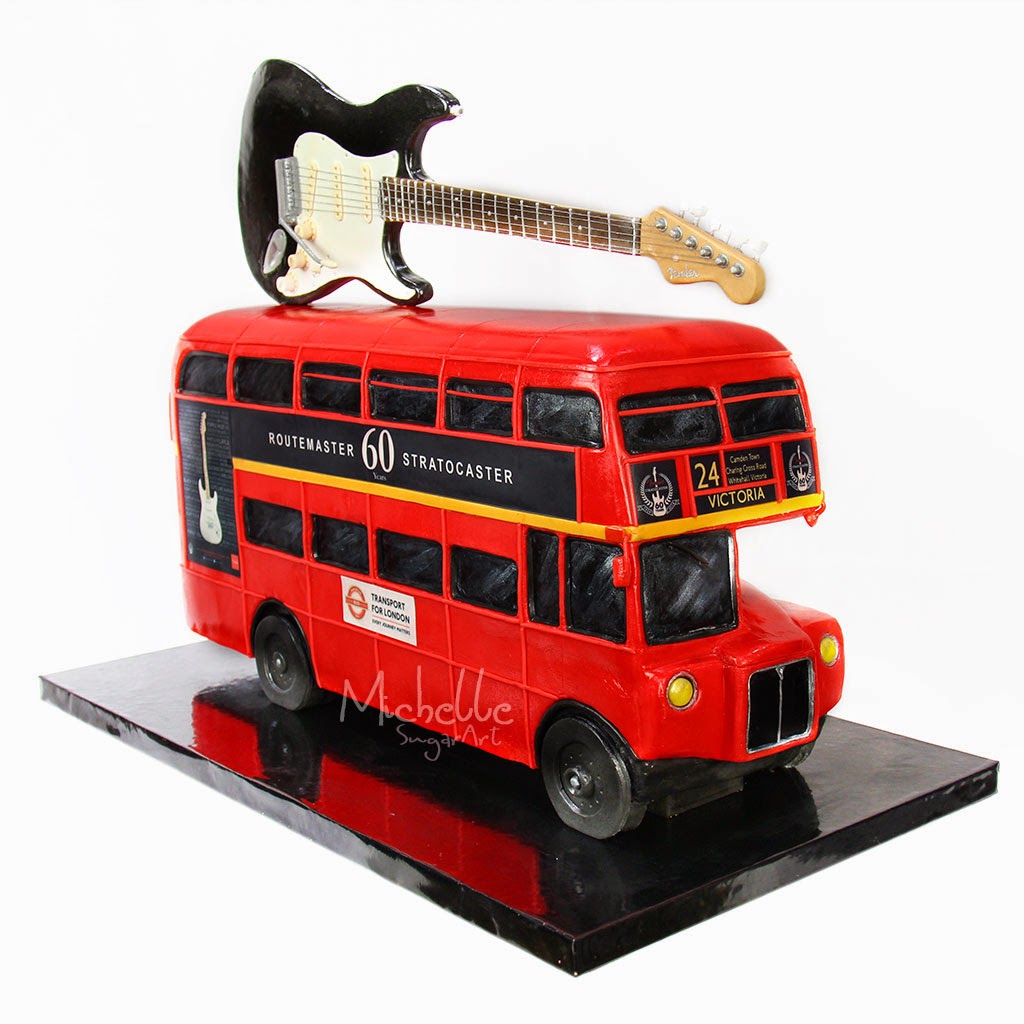 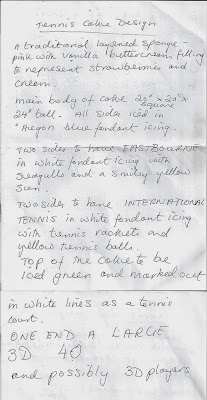 Celebrating 40th Anniversary, The Aegon International Tournament in Eastbourne doing something rather unusual. They are calling on tennis and baking fans from Sussex to came up with the design a spectacular birthday cake. Here is the winning entry, written by Barbara Manning from Eastbourne. Winning Entry Michelle then translate the 'words' into design sketch: Design Sketch And here are the celebration which took place on the 18th June at the Centre Court Devonshire Park, in Eastbourne UK. Eastbourne Herald Press The Argus
Post a Comment
Location: Devonshire Park, College Road, Eastbourne, East Sussex BN21 4JJ, UK
Read more 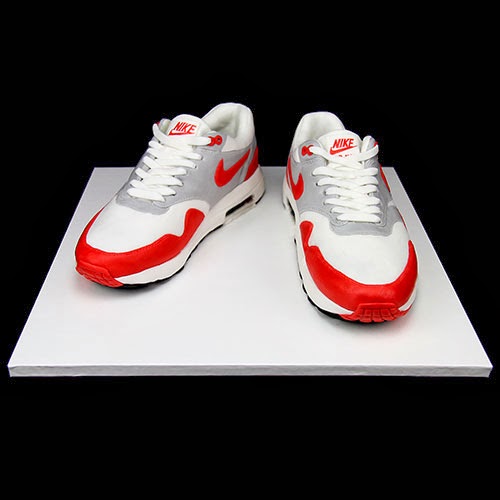 To celebrate the first Air Max Day The Daily Street commissioned us to recreate the iconic Nike Air Max 1 OG Red from cake. What the client says: "Nike were over the moon with it. I sent the cake to the head office once I'd finished shooting it and they couldn't believe their eyes." Alex Powis (The Daily Street)
Post a Comment
Read more 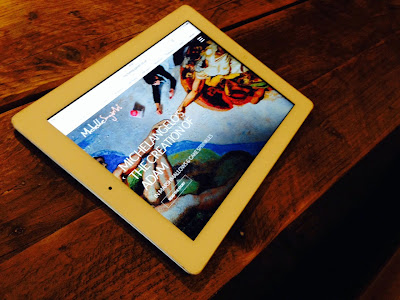 We're launching new website of Michelle Sugar Art  which has been at the previous design nearly 9 years!! Today is a new mark as we are focussing more on producing amazing food and sugar arts. Check it out on your phone, ipad, or any internet devices and I hope you are all enjoying it.
Post a Comment
Read more 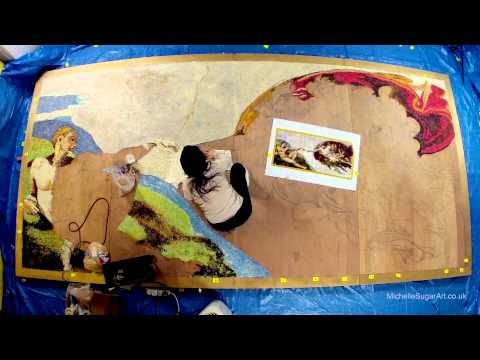 PRESS RELEASE One of Michelangelo's finest masterpieces, The Creation of Adam, has been given a 21st century makeover after being replicated out of cake decorations to commemorate the 450th anniversary of the artist's death.    Arguably one of the greatest examples of art, the piece that measures 5.7m by 2.8m is a like-for-like replica of Michelangelo's artwork, which features on the ceiling of Rome's Sistine Chapel. Created entirely out of cake decorations, the reinterpreted 'Baking of Adam' has been produced by home baking specialist Cake Angels to showcase edible creativity.  The artist Michelle Wibowo, said; "Britain is currently gripped by baking fever with a real emphasis on unique designs and showmanship. When we learnt about Michelangelo's anniversary celebrations, we really wanted to join in and challenge the boundaries of cake design by immortalising his most heavenly creation in our own special way, using our range of versatile
Post a Comment
Read more 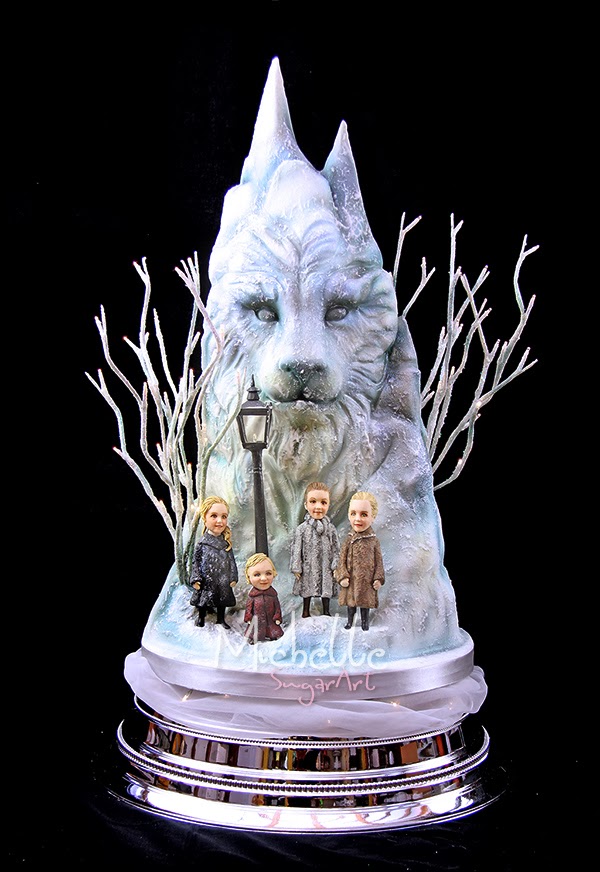 Narnia inspired theme wedding cake, perfect for a winter wedding. Hi Michelle  Thank you so much for our amazing wedding cake it is spectacular !!!  Everybody couldn't believe it was a cake lol!! It was totally perfect I can't thank you enough!!!  Victoria - London
Post a Comment
Read more
More posts